Filologia mediolatina is a scientific academic journal issued by the Ezio Franceschini Foundation (Florence). The journal is committed to the publication of articles that address Latin texts and authors of the Middle Ages, approaching them primarily from a philological perspective.

The journal’s areas of interest encompass: studies on the manuscript transmission, on textual criticism and on the sources of Medieval Latin works; investigations about the Latin language in the Middle Ages, and about the composition and circulation patterns of medieval literary production; inquiries on the Fortleben of classical and late antique authors in the Latin Middle Ages, and on the translations into Latin and from Latin carried out during the medieval Era; methodological contributions in the fields of philology and textual criticism, relevant to the medieval age. The journal accepts only entirely original articles that bring forth innovative research achievements; usually, contributions that forerun more comprehensive works to be published elsewhere will not be taken into consideration.

Next to the traditional articles, the journal provides for a concluding section entitled Notes and Readings, where it hosts brief essays on higly specific topics (such as accounts for retrieval of unknown manuscript witnesses of a given work, lexicological analysis of peculiar words, identifications of the sources of a particular textual passage, and so on). This section includes also reviews considering expressly scientific editions of Medieval Latin works and volumes on theories and methods in textual criticism. The section where an accepted paper will be placed is at the Director’s discretion.

The papers proposed for publication should be submitted, in their complete and final form, to the email address filologia.mediolatina@fefonlus.it; then, they are subject to the evaluation of the referees through a double-blind peer review procedure (usually two referees are designated, one of them chosen among the members of the journal’s scientific committee). The ultimate decision on the publication is made by the Director, and takes into account the evaluations of the referees, and the integration by the author of any modification they might have suggested. Once a paper is officially accepted, the author will promptly supply a final version that complies with the Editorial Rules of the journal, provided with an abstract in English.

Filologia mediolatina is issued once every year. It accepts papers in Latin, English, Italian, French, German, and Spanish, preferably not longer than 70,000 characters. If present, images or pictures are printed in black and white; they should be provided by the author, who is also responsible for any publishing permission should be required.

The publication of the papers is subject to the signing of an editorial agreement between the author and the Publisher SISMEL - Edizioni del Galluzzo. The current standard agreement provides for the full assignement of the copyright to the Publisher, and that the author is prohibited from making the article available on-line for at least three years after publication (though, it remains permitted to upload it immediately in institutional data-bases aimed at the assessment of scientific production, and only for this purpose). 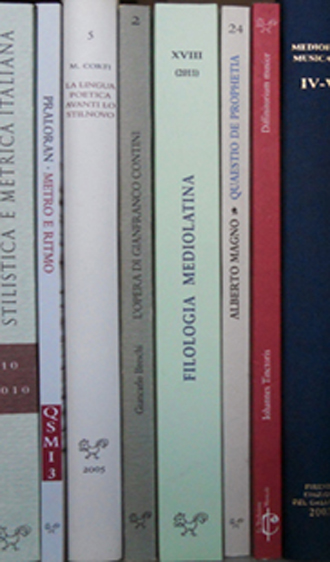